What is the difference between Pfizer and Moderna vaccine side effects?

As of September 30, about 70% of the population have already had the first new corona vaccine, and about 60% have already had the second vaccine (per the Prime Minister’sOffice website).
Many have already been vaccinated, but on the other hand, some may be wondering what will happen next. One of the problems could be choosing the type of vaccine.
Currently, Moderna products are mainly used for large-scale vaccination venues, and Pfizer products are mainly used for individual vaccinations. This time, we will introduce the differences between each brand’s reactions based on the survey results published by the
Ministry of Health, Labor and Welfare.

What is the rate of fever in Pfizer and Moderna?

Regarding side reactions after vaccination of the new corona vaccine, the survey results (https://www.mhlw.go.jp/stf/seisakunitsuite/bunya/vaccine_kenkoujoukyoutyousa.html) for each vaccine type Interim report) is introduced.
According to the interim report as of September 10, about 3% of all Pfizer vaccines had a fever of 37.5 ° Celsius or higher after the first vaccination, and 40% of the same condition after the second vaccination. Meanwhile, less than 10% had the same condition after the first vaccination with Moderna, but about 80% of the people experienced a fever of 37.5 ° C or higher after the second vaccination.
* “Cominati intramuscular injection” is a Pfizer vaccine. 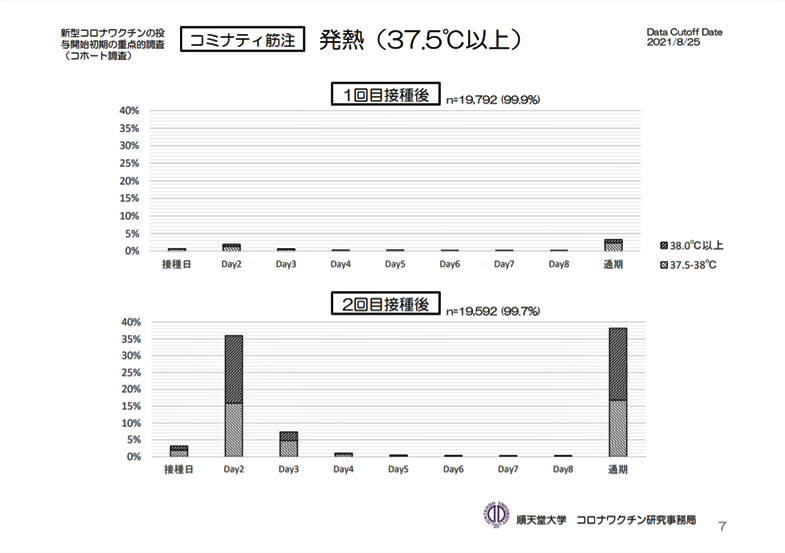 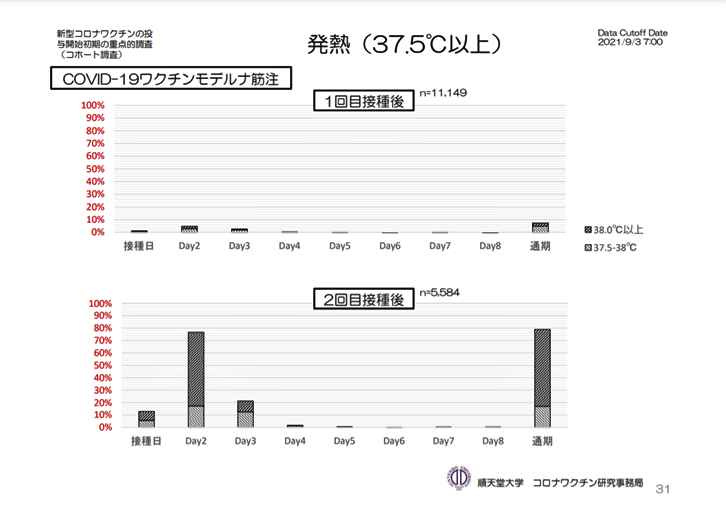 Fatigue and headaches are more common in Moderna 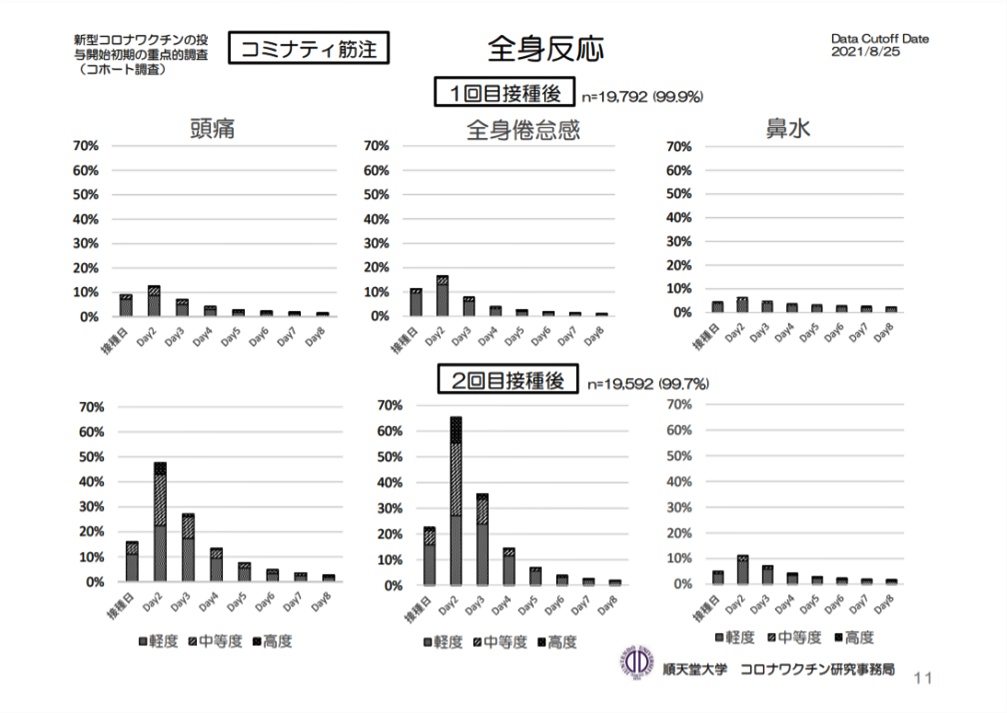 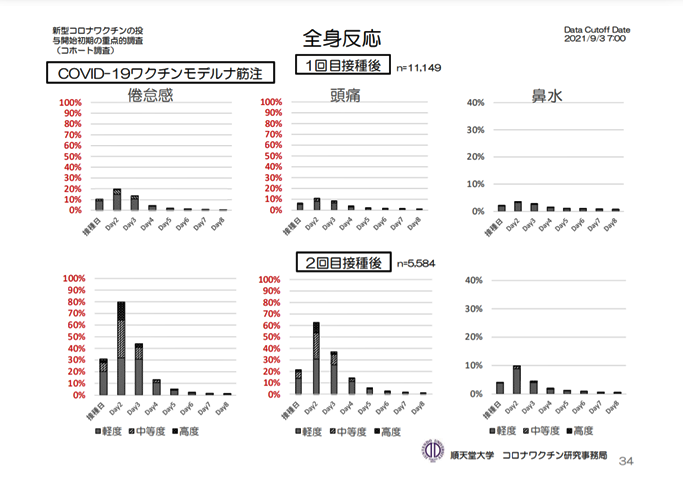 What is “Moderna Arm”?

It has also been pointed out that the Moderna vaccine is prone to cause a delayed skin reaction called “Moderna arm”. This is because the symptoms do not appear immediately after the vaccine is administered, but the arm that has been vaccinated becomes red and swollen about a week later.
According to the interim report of the Ministry of Health, Labor and Welfare, it is frequent among women over 30 years of age, and it is said that it was seen at a rate of about 10%.
However, unlike symptoms such as fever and malaise, which increase more often in the second dose than in the first dose, 3% of those who have a delayed skin reaction during the second inoculation have a delayed skin reaction after the first dose as well. Also, most people heal naturally within a week.
There are some differences in the way side reactions occur between Pfizer vaccines and Moderna vaccines. It would be reassuring to know each tendency in advance.